The redefinition of the kilogram takes effect in two weeks time. To mark the event, Martin Vlietstra, one of our frequent contributors, looks at the “old” and “new” versions of this international standard.

Even though the formal definition of the kilogram was changed last year and it is due to come into effect on 19 May 2019, it should have minimal effect on everyday usage of the kilogram. Using the best balances is the world, the International Prototype Kilogram (IPK) could be weighed with a relative standard uncertainty of 1 x 10-8 g (equivalent to 10 micrograms). To put this into perspective, I scattered a few grains of granulated golden sugar on a table and attempted to measure them using an ordinary ruler. The grains were between 0.5 mm and 1 mm is size from which I deduced that each grain’s mass was of between 50 micrograms and 1 mg. This told me that if I were to weigh a kilogram of sugar on the device used to weigh the IPK, I could not only detect whether or not the bag had lost a single grain of sugar, but I could also detect whether or not it was a large grain or a small grain!

Although the IPK will officially be “retired”, copies of it that are owned by the signatories to the Metre Convention will continue to have a role as the basis of the kilogram in that member state. The only difference is that periodic re-calibrations will be traced back to an experiment that uses the Planck constant rather than the IPK. 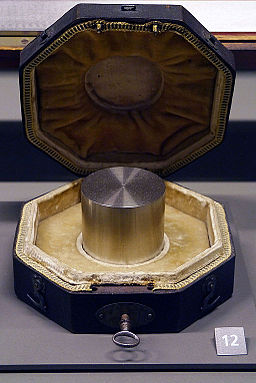 First prototype kilogram (1799). This prototype was retired in 1889 when the current IPK came into use (image from Wikimedia Commons). 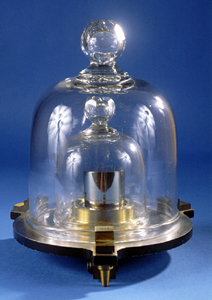 Each full member of the Metre Convention has a copy of the IPK. This is copy K20 owned by the United States (image from NIST via Wikimedia Commons).

Obviously, nobody other than metrologists has a need for such accuracy but there is still a need for the accuracy of weights that are used in science and commerce to be defined. Such definitions come with a cost, the higher the accuracy, the greater the cost. In some cases this extra cost can be justified. To this end, the International Organisation for Legal Metrology (OIML) has defined a number of classes of weighing devices and also a number of classes of weights catering for different circumstances. The OIML is an inter-government organisation that has its offices in Paris (website https://www.oiml.org/en). Its function is to write standards associated with legal metrology that are suitable for global with the object of harmonising international trade. Governments can, if they so wish, adopt these standards as part of their legislation. “Legal metrology” is the discipline that links metrology with the law. As a simple example, if I buy one kilogram of sugar what is the supplier legally required to deliver to me before I can complain that it is under-weight and what accuracy can I legally expect from the scales that are used to confirm the weight?

By and large, the EU has adopted most, if not all OIML standards with the result that not only are many standards in all EU countries are the same but also that the are the same as the standards in many non-EU countries. The United States has likewise adopted many OIML recommendations, but in some cases has extended the definitions to include their customary units of measure.

These requirements lay down a set of requirements that need to be considered during the design phase including such things as ease of reading the result, environmental conditions and geographic locations in which the device is expected to operate. The requirements also demand that any particular device must specify the minimum and maximum weights for which it is designed.

In parallel with recommendations for weighing devices, the OIML regulation R111 defines seven sets of weights denoted E1, E2, F1, F2, M1, M2 and M3. These full specifications can be found at https://www.oiml.org/en/files/pdf_r/r111-1-e04.pdf .

An older OIML recommendation, R52, is in existence for the specification of hexagonal cast iron M3 weights. These weights are relatively easy to manufacture and calibrate and are often used in markets around the world. 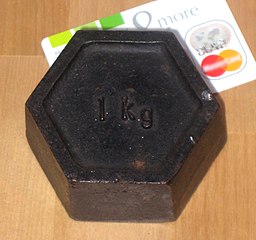 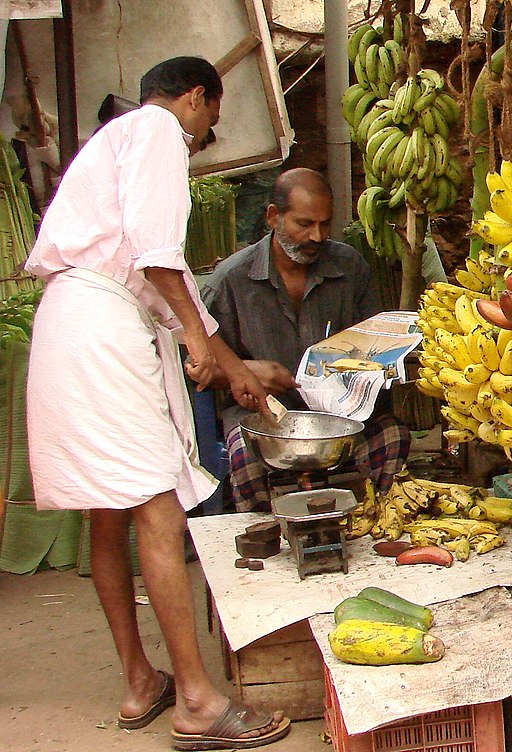